Did you know that Nutmeg, the spice commonly found in every spice rack and sold in every grocery store contains hallucinogenic properties comparable to marijuana? According to ‘Nightmare Drugs’ by Donald Louria, M.D., when taken in doses of less than 10-grams the flavoring agent Nutmeg can produce

mild euphoria, described as ‘floating,’ ‘a pickup,’ and ‘relaxation.’ Ingestion of of over 10 grams can “produce adverse effects, including rapid heart rate, excessive thirst, and profound agitation, which may induce a panic reaction.”

Even with these side-effects Nutmeg is sold in major grocery chains across the US, normally in packages containing between 60-90 grams of Nutmeg. A package containing enough of the spice to give an individual marijuana-like effects.

Yet, farmers and processors in the US have had continued problems from the DEA for growing, processing, transporting and insuring industrial hemp, a food and fiber product containing low doses of the psychoactive ingredient THC. However, even though industrial hemp contains THC, 10 grams of hemp would not induce marijuana-like effects like Nutmeg does!! Considering the side-effects of both, hemp should NOT be more heavily regulated than nutmeg! 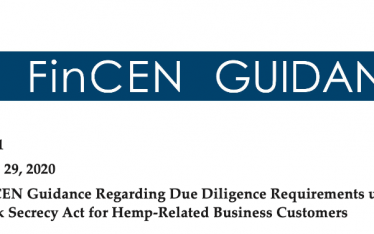 Banking Troubles Still Limiting Hemp Businesses – Large & Small
“We believe the passage of the 2018 Farm Bill will resolve those issues,” Senate Majority Leader McConnell had his staffers tell me. He was wrong. Since the passage of the...
57 Likes

Nearly Century Old research proves cannabis’ effectiveness in battling epilepsy, migraines, asthma, spasms…
A look inside 70-year old research and how the FDA should respond Over the past two decades, since California legalized medical marijuana cannabis in 1996, the United States Food and...
219 Likes

Building with Hemp… and some speaking lessons
This video is one of my first official presentations on hemp. When I was living in Calgary, I drove up to Edmonton to the DIRTT Environmental Solutions HQ during their...
248 Likes